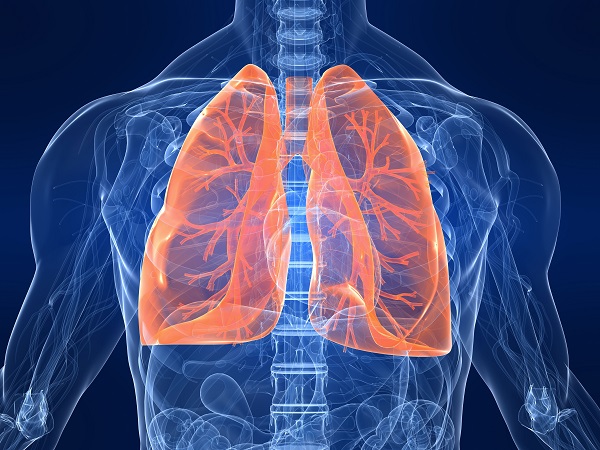 Acute Respiratory Distress Syndrome (ARDS) is a life threatening disease presenting a high mortality of about 40% in intensive care units. It is the consequence of different pulmonary aggressions generating hypoxemia and pulmonary edema, which are radiologically expressed as infiltrations observable as opaque regions in the lung. The treatment of ARDS requires mechanical ventilation, which may deteriorate the state of the patient if the ventilation parameters, namely volume and pressure, are not correctly adjusted. To adjust the parameter settings to each individual case, lung aeration - in response to ventilation - needs to be assessed. This assessment can be done using computed tomography (CT) images. However, it requires the segmentation of the lung-parenchymal tissue, which is a challenging task in ARDS images due the opacities that hinder the image contrast. In this thesis we aim to provide the required tools for the experts to analyze the aeration in the images acquired within an ARDS project using an animal model.

The first contribution of this thesis is a methodology to segment the lungs in all the images acquired from a given subject of the study with a minimal user interaction: one point in one single image out of the whole series. The method exploits the fact that the protocol includes at least one image acquired at high pressure value, where the lung may have a healthy high-contrasted appearance, to obtain a first lung segmentation. A cascade of registrations is then performed to deform the initial segmentation to all the other images. The main novelty of our approach is the automatic generation of customized motion masks generated over all the images to account for the discontinuities of the transformation, where the lung slides against the thoracic-wall. The method achieved high overlapping measures (average dice of 0.9 and average sensitivity of 0.93) with respect to expert-traced segmentations.

The second contribution aims to consistently eliminate the bronchi from lung segmentations in order to allow comparing the aeration assessed in different images. Airway tree segmentations in images acquired at different ventilation conditions from the same subject may differ due to various factors such as flooded bronchi. These differences have a considerable impact and may introduce errors when the lung aeration at different ventilation conditions is quantitatively compared. In order to avoid these errors, we propose an airway-tree matching algorithm that can match a large proportion of branches present in different segmentations, thus allowing the consistent elimination of thus found common airway-tree branches from the analyzed lungs. The strength of the method relies in its capability to combine topological and geometrical information in a single metric. Compared to the state-of-the-art methods, the proposed method achieved a significantly larger quantity of correct matches, with sensitivity above 0.93 and precision above 0.90.

The third contribution foresees the use of lung segmentation and registration in human studies. Compared to animal studies, human studies have to minimize the patient’s exposure to radiation, and, consequently, the number of CT image acquisitions. This restriction implies that ventilation parameters of the acquired images may considerably differ, thus leading to large displacements and considerable intensity changes inside the lungs. In order to deal with these differences and the high-density regions created by the infiltrations, we propose a hybrid registration approach that combines gray-level information with landmark correspondences resulting from our second contribution. Preliminary experiments on images from the animal study were carried out, and the corresponding results are encouraging.