Charla From Nand to Tetris: Building a Modern Computer from First Principles, a hands-on approach 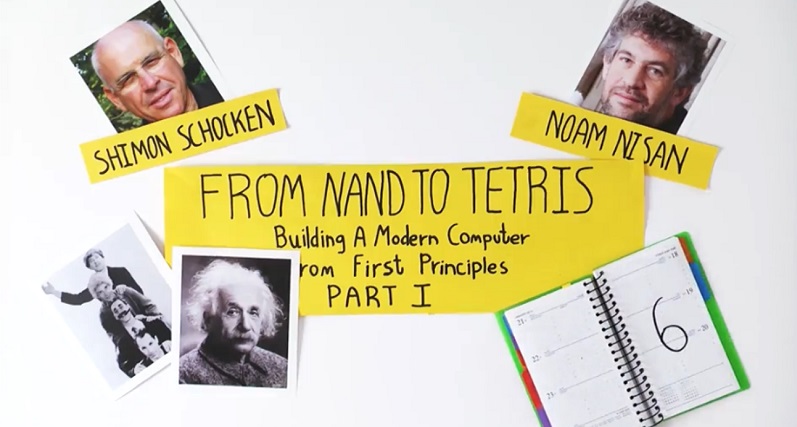 Is the founding dean of the school of computer science at IDC Herzliya, an Israeli university. He also taught at NYU, Harvard, and Stanford. He was the chairman of the computer science committee of Israel's Ministry of Education, and is co-founder of Matific, a company that develops games that help teach and learn early age mathematics.

We present a new course that aims to demystify the integrated function of computer systems, using a hands-on approach. The course synthesizes many abstractions, algorithms, and data structures learned in CS courses, and makes them concrete by building a complete computer system from the ground up. As the semester progresses, we guide the students through a modular series of projects that gradually construct and unit-test a simple hardware platform and a modern software hierarchy, yielding a surprisingly powerful computer system.

The hardware projects are done in a simple hardware description language (HDL) and a hardware simulator supplied by us. The software projects (assembler, virtual machine, and a compiler for a simple object-based language) can be done in any language, using the API's and test programs supplied by us. We also build a mini-OS. The result is a simple computer, simulated on the student's PC. We start the course (and this talk) by demonstrating some interactive games running on this computer, e.g. Tetris and Pong.

Building a working computer from basic logic gates is a thrilling intellectual exercise. It demonstrates the supreme power of recursive ascent, and teaches the students that building computer systems is -- more than anything else -- a triumph of human reasoning.

We are able to squeeze all this into a single course since we deal with neither efficiency nor advanced features, leaving these subjects to other courses in the program. The resulting approach is completely self-contained, requiring only programming as a pre-requisite. The course is described in an MIT Press book, a TED talk, and a Coursera course.